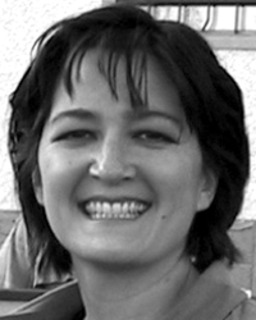 In the early hours of Wednesday, March 23, 2011, Lisa Francioli passed away. Lisa was an amazing person, Mother, Wife, Friend, Volunteer, Governor and President who will be sorely missed.  Lisa was our Peewee Senior Governor for the 2010-2011 hockey season and continued to help and support us with the new 1660 Hockey League right up until her passing.  On February 2nd, 2011 she informed us that she had to step down as her illness had returned.  In true Lisa form, she was more concerned with letting us down and the other people around her, than she was about herself.  A true inspiration to those she came into contact with!  In one of her final emails to the league executive she stated to us:

Today, we are sure that there are no regrets, and maybe we all could learn from this great "life" advice.  Her contributions to this league and keeping this league together years ago will have an impact on us forever and never be forgotten!

Our thoughts and prayers remain with her family today and always!

At the 2011 annual general meeting, the 1660 hockey league passed a motion to create the Lisa Francioli Sportsmanship scholarship.

Played a minimum of 3 years of hockey in the 1660 Hockey League.

"Scholarships" will be available to one graduating Midget hockey player per year who is planning to attend university or college.

Manage your identity from the palm of your hand to the top of your desk.